The Council of the EU adopted a directive to modernise EU VAT rates on 5 April 2022. The new regulations are intended to give governments more flexibility regarding the applicable tax rates. In addition, the idea of sustainability is also anchored in European VAT law for the first time. For the new federal government, new leeway is created that must be used.

The previous rules on EU VAT rates were almost 30 years old. It had been clear for a long time that they needed modernisation. In particular, the issues of the digital economy and climate change have hardly been considered so far. Another complaint was that the regulations were not flexible enough. Often, the consent of all member states was required, for example, if individual member states considered it necessary to promote specific economic sectors in their country and wanted to grant a reduced tax rate for services. Historical derogations for the certain Member States also led to unequal treatment: While some Member States were allowed to apply reduced or zero rates to certain supplies, others were excluded from doing so for the same type of supply.

Reform ideas of the EU Commission

For the first time, updating the regulations was on the agenda of the EU Commission in the VAT Action Plan announced in 2016. A proposal presented at the beginning of 2018 included the abolition of the reduced rate list and the introduction of a negative list of goods to which reduced rates may not be applied (e.g. alcohol, tobacco, weapons). This would have given Member States greater leeway in setting VAT rates. The idea of sustainability was not in the foreground at the time.

The Directive now adopted is based on a draft of the EU finance ministers in the Economic and Financial Affairs Council (ECOFIN) of 7 December 2021, which deviated from the proposal of the EU Commission and introduced entirely new motives into European VAT law. The Council explicitly justified its draft directive with the objectives of climate protection and public health protection. In this respect, it planned to amend the list of goods and services to which reduced rates can be applied (Annex III of the VAT Directive). In the draft directive, the Council assumed that the legal framework for reduced rates must be coherent with other EU measures and took up initiatives in health protection and tackling climate change. The Council relied in particular on the “EU4Health Programme” (EU Regulation 2021/522) and the concept of a “Green Deal” presented by the EU Commission on 11 December 2019. The ECOFIN Council’s considerations have now been implemented in the Directive amending EU VAT rates of 5 April 2022. The previous system of a standard tax rate of 15% and up to two reduced tax rates of at least 5% is retained, although these may only be applied to 24 of the 29 services listed in Annex III. The list of goods and services to which reduced rates can be applied will be aligned with the EU’s climate change and public health objectives. From 2030 at the latest, Member States will have to levy the standard tax rate of 15% on fossil fuels, natural gas, firewood, etc. From 2032 at the latest, reduced tax rates on chemical pesticides and fertilisers will also be abolished. Instead, tax rate reductions and/or exemptions are allowed on the following services:

In addition, a provision is foreseen to allow the Member States to quickly introduce tax exemptions on benefits to disaster victims in crises (e.g. pandemics and natural disasters). In this way, the Directive allows the Member States to respond flexibly to the challenges of climate change and provides them with opportunities to promote environmentally sound behaviour by EU citizens.

Room for manoeuvre for the new federal government

The new Directive came into force on 6 April 2022, which created the basis for implementing national VAT law. Considering the plans of the new federal government mentioned in the coalition agreement, many of the planned regulations are also likely to find their way into German VAT law. 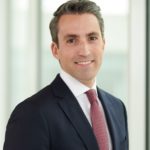 Dr Sandro Nücken, LL.B., is a lawyer, tax law specialist and partner at Ebner Stolz in Munich. He specialises in advising on turnover tax law, assisting with tax audits, conducting appeal and litigation proceedings and assisting with M&A transactions. One focus is on the comprehensive support of medium-sized companies, especially in an international context. Dr Nücken is a member of the International VAT Club and the author of numerous publications on VAT law.